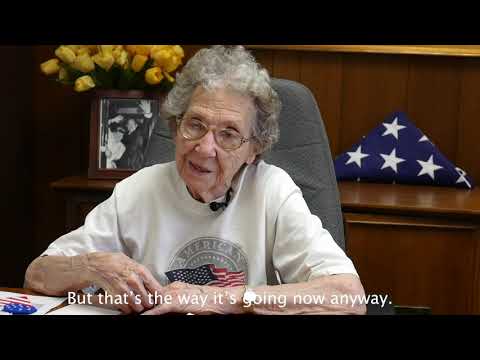 Margery Burgman worked on Boeing planes in Wichita, KS. She enjoyed her work, and was glad, especially now, that she contributed. During the war her mother, father, sister, and herself worked stateside on planes, and her brother served in the Navy. She met her husband in Colorado, they dated 6 weeks before getting married. Their marriage lasted 71 years. Be sure to watch her interview to see pictures, letters, and ration books from World War II.