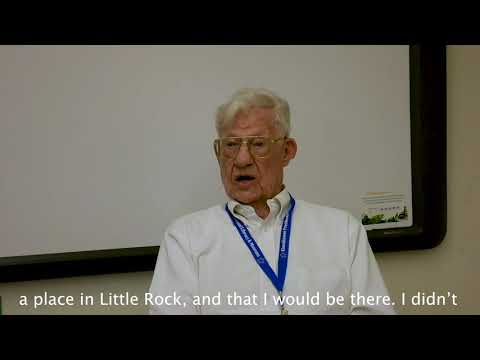 Malcom was born in the house he currently lives in now: A farm house in Dwight, KS. He graduated from Dwight Rural High School in 1935 and went on to study agriculture, agronomy, crops, and soils at K-State where he received his degree. After college, he started working the the USDA soil and oil conservation in South Dakota. He got the call that he was drafted and needed to report to Fort Leavenworth December 7th, 1941. He quit his job, said goodbye to his new friends in South Dakota and returned home to Kansas to enjoy Thanksgiving with his family. On the bus from Topeka to Fort Leavenworth, the new soldiers were notified that Pearl Harbor had been attacked. "It was kind of remarkable, I thought, that I was being brought into the Army on that very day that the war began." He served as a Medical Administrative in the 102 Evacuation Hospital. After the war ended, they were still helping with casualties, so the soldiers had the opportunity to travel around Europe. He returned home and was discharged in New York City when he arrived back to America on December 8, 1945. He was reunited with his wife in Little Rock where he signed up to serve an additional three years in the Army reserves. He was called to serve in the Korean War shortly after and spent about 18 months overseas.