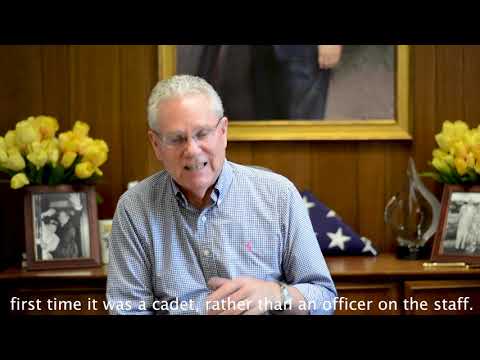 Special Duties: Assigned to two secret military programs in his career, aircraft radar during World War II and nuclear weapons during the 1950s.

Kenneth Ross Teasley graduated from high school in Natoma, Kansas, in 1938. He worked briefly as a printer and radio repairman before enlisting in the U.S. Army on 16 September 1940. He began military service as a teletype operator in the Signal Corps, but due to his expertise in electronics he was soon retrained to work in the Army Air Corps in the U.S. military's secret weapon at the time - radar. He was stationed at radar stations and air bases in Florida and California rising to the rank of Technical Sergeant. In September 1943, he married Natalie McFadden (also originally from Natoma, Kansas). In July 1945, he was deployed overseas to join the 548th Night Fighter Squadron on Okinawa in preparation for the invasion of the Japanese mainland. He served as a radar repairman, working on the P-61 "Black Widow", America's first night-fighter aircraft, stationed at Ie Shima. With the surrender of Japan, he remained on Okinawa until December 1945, when he returned to his wife and son in California and was discharged from the service. After working as a civilian radio repairman, Kenneth Teasley re-enlisted in the Army Air Corps at March Air Force Base, California in April 1947. He transferred to the U.S. Air Force later that year when the new service was established. He became a career military man, serving 30 years and retiring in April 1972. In 1949, he changed military career fields, once again working on the latest U.S. secret weapon - this time atomic weapons. He served the remainder of his military career as a munitions officer. In April 1952, he was awarded the specialty of "Atomic Weapons Support" and commissioned as a Warrant Officer. Kenneth served in the Strategic Air Command in Guam from July 1953-June 1955 and then was assigned as supervisor of munitions maintenance control at Manzano Base near Albuquerque, NM. He served with an American munitions detachment assigned on a British airbase in Germany - RAF Laarbruch from 1961-1964. On Laarbruch he stood NATO Alert with the British flight crews of B-57 Canberra bombers, ready to arm the aircraft in case of war. He returned to the States with an assignment to the 465th Bomb Wing (SAC), Robins AFB, Georgia, where he was responsible for munitions on the B-52. In 1966-67, CWO Teasley was deployed to Southeast Asia with an assignment to the Royal Thai Air Force Base, Nakhom Phanom, Thailand. There he operated under very primitive conditions and received an AF Commendation Medal for converting an "emergency" munitions storage facility into a semi-permanent munitions area during this one year. After duty in Thailand, Kenneth served on the staff at Headquarters, Pacific Air Forces, Hickam AFB Hawaii from 1967-70. He was chief of the Technical Operations Branch supporting USAF nuclear weapon capabilities in the Pacific area. He finished his military career providing munitions for South Vietnamese Air Force A-37 crews training at England AFB, Louisiana in 1972. Kenneth Teasley's decorations and medals include: Meritorious Service Medal, Air Force Commendation Medal with oak leaf cluster, World War II Victory, American Defense Ribbon, WWII Asiatic-Pacific Campaign Medal, American Defense Medal, Vietnam Service Medal, and the Republic of Vietnam Campaign Medal. Kenneth and Natalie Teasley had four children: Mack Teasley, Abilene, Kansas; Kenlie Bell, Oxford, Georgia; Brooke Teasley, Topeka, Kansas; and Tamra Teasley, Lincoln, Nebraska.

This submission is honored by: Children of Kenneth Ross Teasley