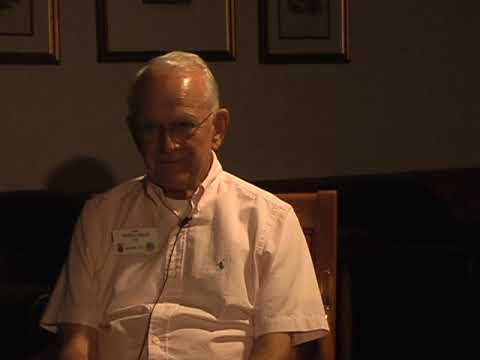 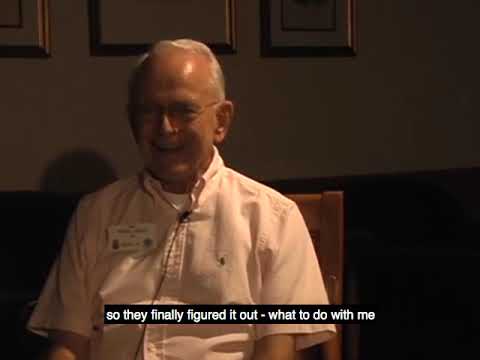 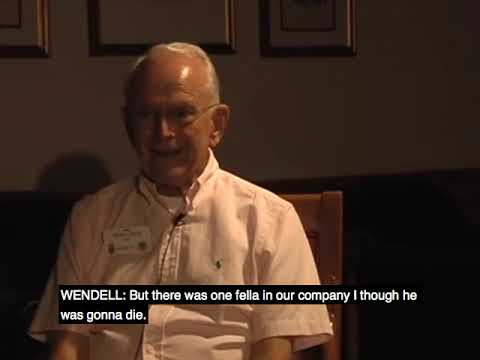 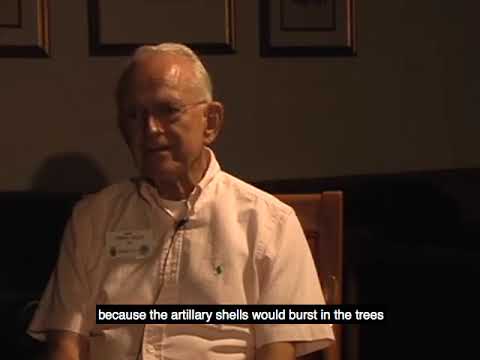 I was inducted into the Army on July 23, 1943, after having graduated from Abilene High School that spring. Since I had volunteered for the ski troops through the National Ski Patrol Association in New York City, I was immediately assigned to Company E of the 85th Mountain Infantry at Camp Hale, Colorado. Camp Hale was situated at 9,000 feet in the Pando Valley, and was surrounded by mountains ranging up to 14,000 feet. The first several weeks were spent in basic training. Then our mountaineering began which included, proper walking, hiking, camping, rock climbing and rappelling. Hiking was done with a ninety pound rucksack and rifle, and when the snow came we added long wooden cross country skis and poles. In June, 1944, the 10th Mountain Division, composed of the 85th, 86th, and 87th Mountain Infantry Regiment and supporting units, was sent to Camp Swift, near Austin, Texas. There the Division added some heavier weapons and we had some "Flat-land" training and training with Army mules. In December, 1944, the Division was transferred to Virginia where we boarded ship bound for Naples, Italy. My unit boarded LCI craft for a shorter voyage to Leghorn. The Allied advance had been stalled by German troops who were entrenched in the Apennine Mountains. In the area to which the 10th Mountain was assigned, Mount Belvedere overlooked Highway 64, one of the primary highways between Florence and Bologna. German artillery on Mount Belvedere and a series of peaks named Riva Ridge blocked traffic on the highway. Four other divisions had been unable to dislodge the Germans. Using our mountain training, we took Belvedere on February 19,1945, by sending a battalion of men from the 86th up to the 1500 foot Riva Ridge on ropes, surprising the Germans while other units made frontal assaults. We led the Allies through the remaining Apennines and through the PO Valley, ending in the Italian Alps around Lake Garda. On May 2, 1945, the Germans in Italy surrendered. In 114 days of combat, 992 mountaineers had lost their lives; 4154 were wounded. The 10th Mountain was then sent to occupy the area around Udine to protect it from Yugoslavian troops. In July the 10th was ordered back to the United States for further training in preparation for the invasion of Japan. On August 14, 1945, I walked in the door of my parents' home as President Truman announced the unconditional surrender of Japan. I was honorably discharged on February 8, 1946, after spending my entire wartime service in Company E. I received awards including a Combat Infantry Badge and two Battle Stars.